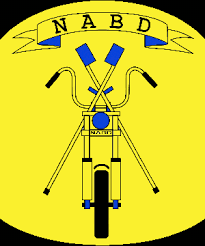 National Association For Bikers With A Disability

WHAT IS THE NABD?

The NABD was set up in April 1991 by six bikers from Stockport and Manchester who would not accept the idea that disabled people could not ride motorcycles, scooters, sidecar outfits, trikes or quad-cycles.

The initial project was to find a way to adapt a motorcycle for a rider who had suffered the amputation of his lower left leg in an accident. A fund raising party was organised and publicised locally and this prompted several other disabled people to contact the group asking whether it was possible for them also to ride specially adapted motorcycles.

Within 12 months the NABD had just over 100 members and had helped three disabled people to adapt motorcycles and ride them independently. In those early days each adaptation had to be designed from scratch, and many engineering problems had to be solved.

From this humble beginning the NABD was soon to become the world leader in the field of motorcycling for people with disabilities.

The membership of the NABD has now grown to a staggering 9,000+ individual members with the support an ever-growing number of affiliated clubs and businesses. Since its inception, the NABD has directly helped over eleven thousand disabled people to enjoy the freedom and independence of motorcycling.

The NABD has also been instrumental in disabled motorcyclist support groups setting up in Norway, Sweden, France, Japan and the USA.

Unlike many registered charities, the NABD does not spend donated money on wages, plush office accommodation, or expense accounts.  We have two paid employees, an office manager and an assistant administrator - both financed by our own direct fundraising, such as the You’ve Been Nabbed rally and other events.  All of the other people working for the NABD are unpaid volunteers.

Also unlike most charities; all donations from individuals, clubs or companies are used 100% for the benefit of, and services for, disabled riders (the administration costs of the association are met from our membership subscriptions and our own fundraising activities).

The NABD is regularly consulted on issues relating to disabled motorcycling by the DVLA, DfT, VOSA, DSA, and the Highways Agency.

In loving memory of Dood, a very dear and unique friend. Will miss you always Kate x

To Daphne and family

Sorry we can not be with you Tuesday but thinking of you all.

Love from Greta and Puff xx

So sad as such a nice guy and real character