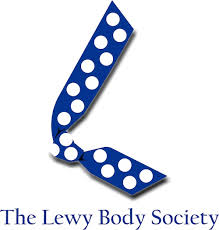 What is Dementia with Lewy Bodies

There are presently over 700,000 people with dementia in the UK and this number is projected to rise to 1,000,000 by 2021 unless cures are found. There are currently about five million people with dementia in the European Union. These figures represent only patients; caregivers double or treble the number of people whose lives are directly affected by dementia and relations and friends increase these numbers further.

DLB shares mental symptoms, such as confusion and loss of memory, with Alzheimer's disease and motor symptoms, such as gait and slow movement, with Parkinson's disease. For that reason it is often misdiagnosed. Accurate diagnosis is essential for successful treatment of the disease: people with DLB are characteristically highly sensitive to certain drugs which can worsen unpleasant symptoms or even be fatal.

DLB was virtually unknown until a decade ago. Due in large part to a close collaboration between researchers in the UK, Japan and the USA, it is now recognised as a distinct medical condition and not a variant of Alzheimer's or Parkinson's diseases.

The Lewy Body Society was founded in 2006 in order to support research into DLB and to raise awareness and educate the public, the medical profession and those in health-care decision-making positions about the disease. The first LBS funded research began in 2007 with a PhD studentship at Newcastle University.

Dear Ally and Fiona, This is a small way to help remember your mother. How the lives of our 2 families have been intertwined for so long! Please accept condolences from Paul and myself. It will take time for you both to recover from the recent traumas but I know that soon enough the wonderful memories of happier times will prevail. Love from, Anthea.

Thank you so much for arranging the lovely Memorial service for Robin. We are so pleased that she is at rest in such a beautiful place. Much love from Felix & Sarah

Hello to all of the MacGregor family - The proceedings on the 25th of April were indeed fitting and that Alasdair and Robin could be interred together was wonderful. I have been so very privileged to have been included in their lives and I have enjoyed every moment in looking after "Southolme". They will rest in peace for evermore cuddled up together. Take care all of you, it has been simply wonderful having known all of the family. I have provided the Lewy Society with a donation of £100 together with Gift Aid, I have learnt something else thanks to Robin as I was not aware of the condition or the Society. Fond memories and Fond regards to all, Mike xx

Dear Ally ,Fiona & all your families, We were so sorry we could not be with you yesterday ;but we did watch the service. What a lovely service for such a lovely lady . With much love to you all Ann Bailey & Sarah Williams

Dear Allyson & Fiona，I was very sorry to hear of your mother’s death. She was a wonderful lady and will be missed. With love from Nicholas, Catherine, Alasdair and Lucy Lovell.

Dear Fiona and Allyson, we were so sorry to hear of Robin’s passing. She has a special place in our hearts. Your Mum and Dad were the kindest neighbours and friends and have lots of fond memories. With love and best wishes, Shelagh, Martin, Yasmin, Chloé and Emily.

Dear Ally and Fiona, I was so sorry to hear the news, and I know how hard it is to lose your mother. I have such fond memories of your mother, always welcoming, kind, and always interested in what I and then later how my family were doing. She will be a huge loss, and I will be with you in thought. Very much love to you and your families Christine, and family.