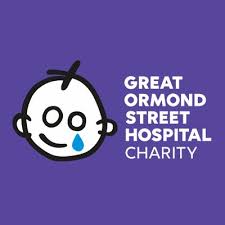 Great Ormond Street Hospital receives over 252,389 outpatient visits and 43,778 inpatient visits every year (figures from 2016/17). Most of the children we care for are referred from other hospitals throughout the UK and overseas. There are 63 different clinical specialties at GOSH; the UK's widest range of specialist health services for children on one site. More than half of our patients come from outside London and GOSH is the largest paediatric centre in the UK for:

paediatric intensive care
cardiac surgery - we are one of the largest heart transplant centres for children in the world
neurosurgery - we carry out about 60 per cent of all UK operations for children with epilepsy
paediatric cancer services including bone marrow transplants – with University College London Hospitals (UCLH), we are one of the largest centres in Europe for children with cancer
nephrology and renal transplants
children treated from overseas in our International and Private Patient (IPP) wing

Through carrying out research with the Institute of Child Health, University of London and international partners, GOSH has developed a number of new clinical treatments and techniques that are used around the world.

The UK’s only academic Biomedical Research Centre (BRC) specialising in paediatrics is a collaboration between GOSH and UCL Great Ormond Street Institute of Child Health. We are a member of University College London (UCL) Partners, joining UCL with a number of other hospitals – an alliance for world-class research benefitting patients. In partnership with six other NHS trusts, we are the lead provider for North Thames Genomics Medicine Centre, part of the national 100,000 Genomes Project.Take a look at our Research and Innovation pages for more information.

Education and training for staff working in children's healthcare

GOSH offers a wide prospectus of learning to all staff groups. Together with London South Bank University, we train the largest number of paediatric nurses in the UK. We also play a leading role in training paediatric doctors and other health professionals.

Chilterns Dog Rescue Society was founded in 1963 by Mrs Dolly Bromley so our history now stretches over 50 years. Dolly found a small dog tied up and abandoned in Amersham. After trying to locate its owner, she took it to the local police station where she was horrified to learn that if the dog was not claimed, it would be put down at the end of the week. Dolly refused to accept that and, being unable to keep a dog herself, she telephoned friends and acquaintances and found it a new and loving home. Those who became involved with this one little dog soon became aware of the need to help other dogs in distress.

This was the start of the Society which, until 1985, was known as the Amersham and Chesham and District Dog Rescue and Welfare Society. Soon, all lost and unwanted dogs in the area were being referred to the Dog Rescue for rehoming.

Since 1963, over 18,000 dogs have been homed. Not only does the Society care for and find homes for lost and abandoned dogs, owners circumstances sometimes change and this can result in dogs coming into our care.

Whatever the reason, these dogs are cared for by the Society until the right new home can be found for them. Our priority is the dogs and we will always put the dogs first.

In the beginning, the Society paid for dogs to go to various boarding kennels in the Chilterns area. This was a temporary measure and not very satisfactory as it made it extremely difficult for prospective owners to view the dogs in order to make a choice.

Eventually an arrangement was made with a single boarding kennel in the area where the Society could keep all its dogs in one place and provide access to the public. This was not a perfect solution, but a step in the right direction. We always hoped we would find the right place to expand and involve our members more fully in our work.

For 20 years we were based in Ashley Green, near Chesham, Bucks. In 2009, after years of hard work by many many supporters the Society finally achieved its dream of buying its own premises in Chivery, near Tring, Herts. In July 2013 planning permission was obtained to build a new Rescue Centre to create a Centre of Excellence for rescue and rehoming. Construction work started in October 2014 and we moved into our purpose built Rescue Centre in May 2017.

We refuse to have dogs put down except for extreme medical reasons or irreversible behavioural conditions. To this end, we provide extensive veterinary care and training for the dogs that need it.